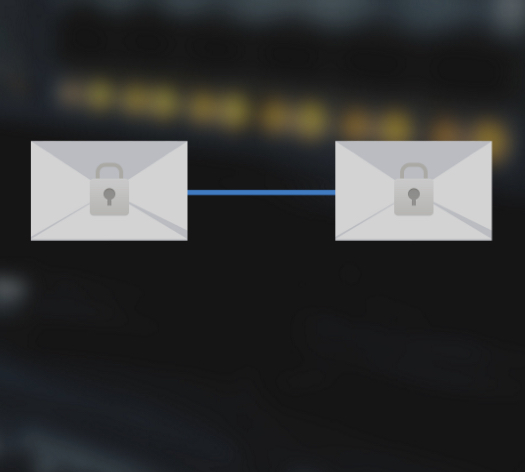 TORONTO, May 2, 2016 /PRNewswire/ - MsgSafe.io, a leader in communications privacy solutions, today announced the latest release of its globally deployed, advanced email privacy platform. MsgSafe.io allows its users to create unlimited 'identity' or 'alias' email addresses protecting the users real identity, email address and location from ever being discovered. MsgSafe.io's end-to-end encryption (E2EE) supports both popular standards, OpenPGP and S/MIME. For the first time in any commercial email service, interoperability is provided between OpenPGP and S/MIME so encrypted information can be exchanged regardless of which standard is used between those communicating. Not even an eavesdropper, Internet service provider (ISP) or MsgSafe.io can read or decrypt user's messages.

Other email service providers (ESP's), offering end-to-end encryption, still route customer email through potentially untrusted ISP's and email servers before the email reaches its final destination. Customers are left without knowing if their email was accessed by an unauthorized entity and have no way of preventing it in the future.

Unlike competing ESP's, MsgSafe.io closes the gap that exists when email is sent unencrypted. Even when unencrypted email is sent to a MsgSafe.io user with email encryption enabled, it's automatically encrypted before being delivered to the user's Inbox, protecting it from being read by the users email service provider (ESP) or other unauthorized entity.

"When an airline sends a customer their itinerary, via email, it's sent unencrypted leaving the customer vulnerable to identity theft. However, when you use MsgSafe.io, your emails are automatically encrypted and forwarded to your real email address keeping your contact, financial and travel information private and protected. Other email service providers may use the content of your emails to learn about you and send targeted advertising. MsgSafe.io believes no one should have access to your email except for you." says Rachel McPherson, MsgSafe.io's Director of Operations.

MsgSafe.io addresses another problem that exists with encryption that is often overlooked. When the sender does support encryption, like Facebook with GPG, but mail readers, like Apple's iOS and OS X Mail.app or Microsoft's Outlook, only natively support S/MIME, it causes interoperability issues. MsgSafe.io's end-to-end encryption (E2EE) supports both popular standards, OpenPGP and S/MIME, so encrypted information can be exchanged regardless of which standard is used between those communicating.

MsgSafe.io's encryption features mean whether it's airline tickets, bank alerts or emails from online retailers, MsgSafe.io's users are protected from prying eyes without any additional setup, truly a first and a major step towards online identity protection.

MsgSafe.io is a collaboration of engineers located around the world, all dedicated to the development of communications privacy tools to protect your data online. Our technical operations are based in Curaçao, one of the most secure privacy-oriented jurisdictions in the world, surpassing Switzerland and Luxembourg. We believe nobody should be able to access your email except for you. It's that simple.